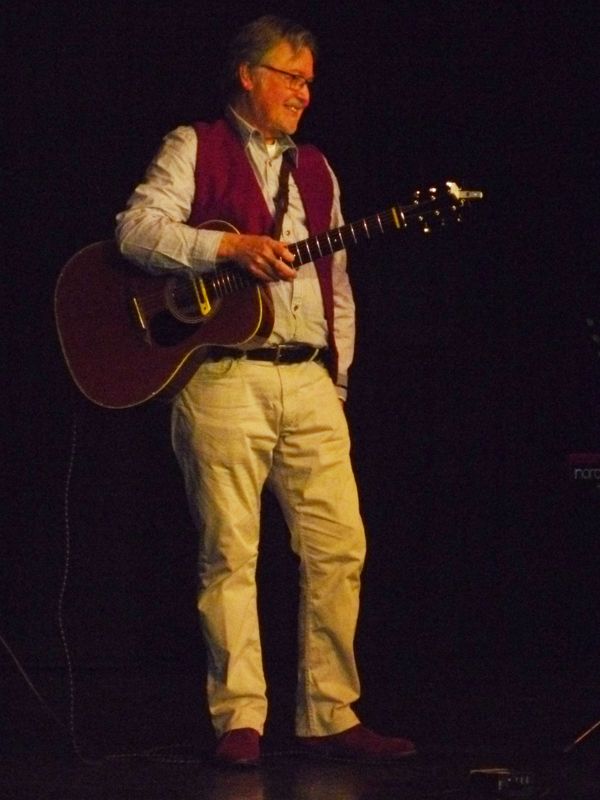 Described as an imaginative and perceptive songwriter Guy tells stories of people, places and situations, real and imagined, in a thoughtful and melodic way. Many of his songs are essentially musical poems with memorable choruses frequently included.

He has been writing and playing for many years and can be heard in folk clubs and other music venues around his home area of Hampshire and sometimes further afield. He has recorded four albums in the last 10 years and has recently released a double CD compilation of tracks from the first three, called Some Songs. He also collaborates with Richard Cox-Smith in the duo Mynott's Wing. and, with the addition of his old friend Dick Fry, in the trio; The Wandering Bilberries.

"Still searching for the perfect combination

Of words and notes joined seamlessly in one

When heart and soul combine within the stanza

And time itself is lost within the rhyme"